Just last week, Alaska Airlines used a wood-based biofuel to power a cross-country flight from Seattle to Washington, D.C. The flight was powered by a jet fuel blend containing 20 percent renewable biofuel made from the leftovers of logging. The airline reports it could reduce greenhouse gas emissions by nearly 142,000 metric tons of CO2 annually simply by replacing 20 percent of its entire fuel supply at Seattle-Tacoma International Airport with the biofuel.

Earlier this year at GBTA Convention, Alaska Airlines’ SVP of Communications & External Relations Joseph Sprague said, “As much as anything, I just think it suggests that Alaska Airlines is being innovative. It’s putting itself out there, on sort of the cutting edge, and willing to go to new places to spread our brand around North America.”

Although Joseph was referencing their recently introduced nonstop service from L.A. to Cuba, the sentiment could be broadly applied to the airline. GBTA’s Ed Barrett had the opportunity to catch up with Joseph at our Broadcast Studio, and the two chatted about Alaska Airlines’ service to Cuba, as well as the implications of the merger with Virgin America.

View the video in full here: 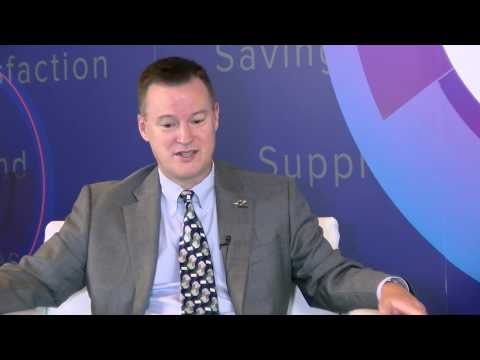