Earlier this month, GBTA released data showing the dramatic bottom line impact President Trump’s executive order banning travel to the United States from seven Muslim-majority countries has had on business travel. In the week following the ban, approximately $185 million in business travel bookings were lost as the uncertainty surrounding travel in general had a rippling effect on traveler confidence. 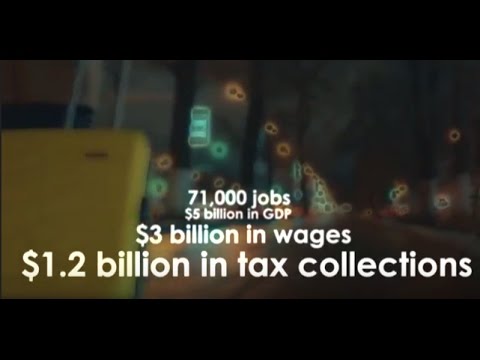 Every quarter, GBTA releases a U.S. business travel forecast providing projections for the next two years for prospects for domestic and international outbound business travel for the United States. In our last forecast released in October, we noted that ongoing global uncertainty and added heartburn from a presidential election unlike any we had ever seen were causing many businesses to stay in a holding pattern, taking an extremely cautious wait-and-see approach and begging the question of whether many of these companies would be ready when growth picked up.

The current state of uncertainty over the travel ban could cause a similar impact on business travel. The Trump administration has announced they are working on a new executive order that is expected to be released soon. It is still unclear if President Trump will rescind the original order, which is currently on hold after the 9th Circuit Court of Appeals upheld a lower court’s injunction.

International outbound business travel was already identified as a weak point for the U.S. business travel market in our outlook before news of the travel ban was released. The biggest driver of our economic recovery of the past seven years from the most recent downturn was international outbound travel as U.S. businesses found top line growth and business opportunity from new markets all over the world. It seems clear that this is an area presidential policies should work to bolster rather than diminish.

Our 2016 Q4 GBTA BTI™ U.S. Business Travel Outlook is now available. Completed after the election, but before President Trump took office, the forecast which projects a 4.4 percent increase in business travel spending in 2017 totaling $296.1 billion, following a 0.2 percent drop in 2016, is now very much in jeopardy. This will be especially true if we continue to see losses like we witnessed in the week following the travel ban.

The forecast comes with a lot of downside risk, as some of the policies proposed by the incoming Trump administration are likely to have stimulative impacts on business travel, while others may hamper growth. Ultimately, the direction of these policies will be the largest drivers of business travel performance over the forecast horizon – and currently things are not looking promising.

Looking beyond the executive order on travel, the forecast identifies key policy priorities for President Trump’s first 100 days carried over from the campaign, and looks to assess their potential impact on business travel. We’ll take a look at the areas that could have a positive impact first:

The concern lies in whether or not the positive impacts from these policies will be outweighed by the potential negative impacts of the following policy priorities:

The reality of true policy change, however, will be a slow and volatile process. In the short-term, GBTA urges President Trump and his Administration to make clear their intentions around restricting travel moving forward. Uncertainty is bad for business and bad for the economy.

As we have said, there is no question that security is of the utmost importance. However, instead of closing our borders, the United States should continue to focus on expanding security programs that facilitate information-sharing among governments to ensure properly vetted travelers, making us all more safe and secure.

The ultimate concern is that the lasting impact of the travel ban, and any future appeals around it, could cause other countries beyond just those named in the ban to think twice about planning meetings and events in the United States. This could create a huge impact as each inbound international business trip increases U.S. merchandise exports to the visited country by $36,000 per year and each overseas traveler spends approximately $5,000 when they visit. Closing our borders sends a message to the world that the United States is closed for business.