Will the UK Vote for Brexit? And How it May Impact Business Travel

There has been a recent tightening in polls as UK voters prepare to choose if they will remain part of the European Union or not. The Brexit vote – scheduled for tomorrow, June 23 – will determine the UK’s future role in relation to the rest of the bloc. It also means that a $47.1 billion business travel market may face more restrictions with respect to trade, travel and commerce among the rest of Europe – posing a significant risk to the short-term economic recovery of Europe and longer term consequences for countries with close economic ties to the UK such as Ireland.

According to GBTA’s latest Western Europe business travel forecast, based on the import and export figures, the UK needs the EU more than the other way around. The UK sends about 50 percent of its exports to EU countries and receives about the same percentage of its imports in return. The EU, given its size and reach, sends only about 7 percent of its total exports to the UK and receives only about 5 percent of all imports from Britain. A vote in favor of Brexit would necessitate renegotiation of trade agreements between the UK and the EU, which likely would be far less favorable to the current arrangement.

If voters in the UK do decide to vote for Brexit, not only would trade and the economies of both sides be affected, but there would also be a significant human toll. Under current EU rules, citizens are able to move freely among member states. Brexit would suddenly create three million expatriates in the UK, approximately two million of whom are employed in the British economy. The legal status of these individuals would have to be negotiated. In the most extreme case – these people would have to return home and reapply for a UK work permit – the UK could lose 6 percent of its total workforce almost overnight.

For individual business travelers, perhaps the biggest effects the Brexit would have is on the ease in which they could travel to and from the United Kingdom and the prices they would need to pay to do so – both of which could become a major hindrance for business travelers and for companies doing business between the UK and the EU. Major British airlines have stated that they expect Brexit to increase airfares by up to 30 percent due to the UK trying to replicate the benefits of Europe’s drive to liberalize the aviation sector.

Additionally, the heads of the Gulf’s three biggest airlines expressed concerns about the impact on the travel industry in the event of the United Kingdom leaving the EU As a European Union member, travel is currently unrestricted within the bloc making business travel across borders much easier than it had been previously. Visa and entry requirements, check points, air travel would all have to be quickly renegotiated if the UK were to cut its ties with the EU while ensuring safe, effective and affordable travel between the UK and the rest of Europe.

With respect to business travel, the latest Western Europe report forecasts that UK business travel spending will reach $50.9 billion in 2016 and $54.4 billion in 2017 – healthy increases of 7.9 percent and 6.9 percent, respectively. This coincides with a strengthening of the UK’s overall economy that is projected to continue in 2016 and beyond. Buoyed by increased demand for its goods and services as well as improved employment opportunities, low inflation, and a parliamentary budget surplus, the UK’s economy continues to grow and its business travel and attractiveness as a business travel destination continues to improve as well.

A vote in favor of Brexit, however, could severely hurt the UK’s economy and Europe’s economic recovery. The uncertainty a prolonged renegotiation of the relationship between Europe and the UK could take up to seven years. During that time, the economic activity as well as overall business travel would be significantly curtailed.

The potential for Brexit to herald the disintegration of the European Union – a body that facilitates free trade and freedom of movement throughout Europe is also a real possibility if Brexit were to succeed.

It would undoubtedly be in both the UK and Europe’s interest to come to a workable agreement on trade and labor that Brexit would likely bring.  In any event, the decision is up to British voters and British voters alone. The world anxiously watches to see what the outcome of the referendum on 23 June will be. 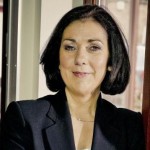 Catherine McGavock is GBTA’s Regional Vice President for EMEA where she is responsible for the development and delivery of GBTA activities in the region. Prior to joining GBTA as Marketing and Membership Director in 2012, Catherine worked in a number of senior marketing roles with Capita Plc and Bank of Ireland, followed by 4 years establishing and running a successful events and marketing company in partnership with a colleague and friend. She is based in Northern Ireland, but enjoys the extensive travel that comes with her role.

Catherine McGavock is GBTA’s Regional Vice President for EMEA where she is responsible for the development and delivery of GBTA activities in the region. Prior to joining GBTA as Marketing and Membership Director in 2012, Catherine worked in a number of senior marketing roles with Capita Plc and Bank of Ireland, followed by 4 years establishing and running a successful events and marketing company in partnership with a colleague and friend. She is based in Northern Ireland, but enjoys the extensive travel that comes with her role.

GBTA Polls Global Buyer Members on Concerns About the Coronavirus

Back to Newsroom Home

How do travel managers view corporate booking technology? The answer to that and more expected soon, following a research partnership between GBTA & Deem. And we have more in store for convention. Stay tuned for more details!

Reply on TwitterRetweet on TwitterLike on TwitterTwitter
Load More...